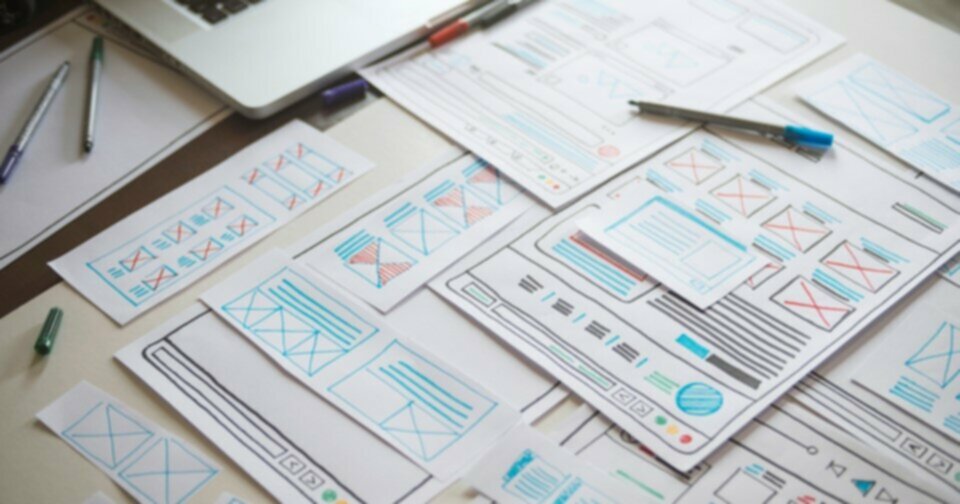 Home / Blog / What’s The Difference Between UI And UX?

What’s The Difference Between UI And UX?

What’s the difference between UI and UX?

Simply put UI (or User Interface) are the pages, screens, buttons, icons and any other visual aspects of a website or App that let you interact with it… or to expand on that into the non-virtual world… UI is how you experience using something – For instance in opening a fridge, the door becomes the User Interface.

UX (or User Experience) is the experience an individual may have when engaging with your website or App.

It’s quite common for people to use and even think of these two separate terms interchangeably as the choices made regarding the UI is an important part of the User Experience but depending on the context that won’t always be correct.

As disciplines have grown up separately around these two terms the line between the two has become more defined.

That’s why today we’ll be answering the questions

As well as explaining why both should be central to everything you do when designing a new website, App or even a back-end system for your staff.

A User Interface is anything that might connect or engage an end-user with a product.

In other words, it’s the touchpoint where human to computer interaction/communication occurs (or machine if we’re talking non-digitally).

The list of what can be included within that can go on and on but in brief may be anything as simple as monitors, keyboards or a mouse right through to website pages, touchscreens or even a virtual reality interface controlled by the movement of your eyes.

A Brief History Of UI

As UI is now so central to everyday life it may be helpful if we put it into some historical context (but don’t worry, we’ll be a lot briefer than Mr Hawkins!)

Back in the ‘70’s (which we of course don’t remember at all – honest!) if you wanted your computer to do anything at all you had to be able to use the command line interface.

Some of you reading this may remember having to communicate with their computer with seemingly endless line of programming language and code to get it to do almost anything! That was because the graphical interface as it’s now known didn’t yet exist.

The very first GUI (Graphical User Interface) was developed way back in the 80’s by computer scientists at Xerox PARC.

That innovation changed computing forever; enabling users to engage with their machines by just clicking skeuomorphs (visual icons), buttons or menus instead of manually typing in commands.

It meant anyone could now use a computer without needing to be able to ‘speak computer’ so in 1984 the era of the home computer dawned when Apple released it’s Macintosh PC.

Oh, and if you’re wondering what a skeuomorph is, it’s a derivative object that retains non-functional ornamental design elements from structures that were inherent to the original. Think of a clay pot with fake metal rivets because it’s copied from similar metal pots or the calendar on your desktop that still imitates a non-digital flip calendar.

The ease of use involved with these computers made them much more commercially viable both at home and in offices around the world but as more and more people used the computer, how they interacted with it through those same icons, buttons and menus became more and more important.

Thus, the role of the UI designer was born.

The role now encompasses anything that has a digital interface from computers to smart phones, virtual and augmented reality, right through top invisible or screenless interfaces such as any device operated by voice or gesture (normally referred to as zero UI).

UX (the User Experience) entails the entire end-user’s interaction with a company, it’s services and its products; not just it’s digital ones.

UX is a Necessary And Vital Off Shoot Of UI

The obvious next question then become…

How Do You Understand What Makes An Experience ‘Good’?

Answering that question is never easy and summing it up in a short paragraph will never do it justice but in short measuring a user’s experience needs to be done at various, different touch points.

Some of these touchpoints can be measured in sales, downloads, engagements etc but others may require direct market research. That’s why most UX designers are responsible for delivering an overall product or service rather than focusing on one, particular aspect of it.

What’s The Difference Between UI And UX?

Their User interface (UI) couldn’t be any simpler. It’s literally just a big blank page with a logo and a search bar on it.

That’s because Google understood a great user experience doesn’t necessarily have to be all singing and all dancing if it does exactly what the user needs. When someone heads to Google they’re after one thing, information. And that’s available at the click of a button; it’s the main reason so other few search engines survive today.

But now imagine how different the UX on the Google homepage would be if the UI remained the same but your search results took 30 plus seconds to load… That’s why both the UI and UX working in conjunction with each other are so important.