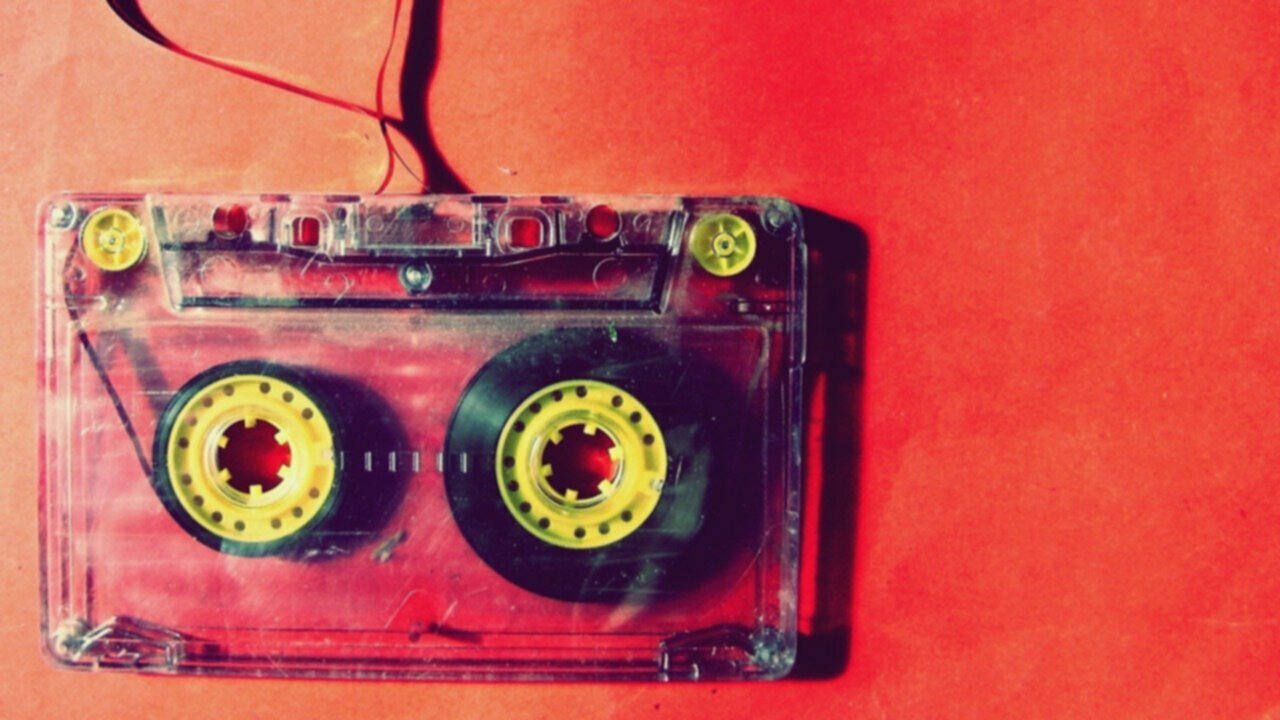 Legacy Estate Reduction… Or When To Get Rid Of Old Tech

Legacy Estate Reduction… Or When To Get Rid Of Old Tech

How Not To Throw The Baby Out with The Bath Water

Is your department suffering under the yoke of outdated systems & technologies?

What Is Legacy Technology?

The negative effects legacy technology has on an organisation is felt in all sectors but is a particularly acute problem for those with high levels of bureaucracy like the Public Sector or Central Government.

The technology aspect of the phrase refers to an organisation or departments IT infrastructure, systems, hardware, software and all their interrelated business processes and it becomes ‘legacy’ when it:

Why Is Legacy Estate Technology Such An Issue?

That’s a fair question. After all, if legacy tech is such a problem then, what’s stopping organisations or departments from just upgrading it, getting rid of it or just buying better systems to replace it?

The path that’s eventually decided on will likely depend on several factors, most likely based on the size of the organisation, the size of the problem and its complexity (alongside budgetary constraints of course).

Older technology – If you’ve been using the same tech for the last twenty plus years (believe us it happens) then, as it nears its end-of-life you’ll likely find it growing more and more temperamental, unstable and in need of repair. The problem with that however is that due to its age the parts or expertise to repair it might not be easily available, making the repairs cost prohibitive.

Service Interruption – No piece of tech or system works independent of everything else. This becomes even more true if something has been embedded in your processes for a long time; in fact, you might not even have a clear idea anymore of what exactly it does interact with or what other systems are reliant on it.

That means taking everything off-line to either upgrade or replace it could have multiple unforeseen circumstances to both your staff and users… which makes many people freeze with indecision and try to maintain the ‘status quo’ for as long as they can instead; the net result being that the situation actually worsens over time.

That being the case, a lot of organisations feel ‘stuck’ with their existing system.

They may want to move/upgrade but can’t as all their data is in the wrong format and can’t be migrated to the new system.

Microsoft are trying to do something about this using the Common Data Model but ultimately if you’ve a lot of data on a legacy system you may well need a 3rd party Transformation Partner to help you migrate it all.

Technical Debt – The older a system, the more technical debt it will have accrued over its life cycle. As with our first point, the older a system, or the more ‘legacy’ it is, the more expensive and time consuming it will be to pay this debt back, especially if there’s a lack of the right tools or skill sets in your IT teams.

Security Concerns – Migrating all your data and systems to a new environment, if you’re not completely sure what you’re doing, can leave you open to unique migration security concerns. The extra security precautions needed often puts many off even attempting it in the first place.

That means the person who originally installed it has likely moved on or even retired. Those who were first trained on it and know exactly how it works may have moved on or retired.

The same goes for all the upgrades and improvements it’s had over the years but… If you don’t know exactly what it does and how it runs before starting a migration then things can go very wrong, very quickly.

The added expense of documenting a legacy system with all it’s functions and where it intersects with other processes within an organisation is often the biggest factor in why people attempt to keep it rather than improving it.

It doesn’t just end there though. Those might be all the technical reasons why organisations may avoid reducing their legacy technology but there’s also, unfortunately, a whole host of organisational (non-technical) reasons as well.

Organisational Culture – “But we’ve always done it this way”. We’re sure you’ve heard this before, especially in organisations with a low turnover of staff who’ve been using the same systems the entire time, but that kind of intransigent attitude can prove a real blocker to true digital transformation.

You also need to bring the users along on the journey or ultimately, you’ll fail even with the introduction of the most bleeding edge technology available.

Commercial Pushback – Just because you know upgrading a legacy system is the right thing to do doesn’t mean the organisation can afford it.

As much as we’re proponents of digital transformation, that transformation needs to work for an organisation, at a pace it’s comfortable with and can afford and that fits in with its current priorities.

Outdated Policies & Procedures – Legacy tech isn’t the only thing that needs to be transformed, legacy procedures do as well.

Failure to address the second issue in fact will often prove a blocker to the first.

Outdated policies, for example, requiring the IT team to keep a hard copy of all files, can really inhibit the types of systems they can look at.

That’s why, when starting a digital transformation project, it’s important to look at both.

However, it may be that your in-house IT team just doesn’t have the resource, isn’t big enough or have the skill sets needed to migrate some legacy technology (as previously mentioned, dependant on its age, the people who originally installed it have likely moved on).

Multiple Suppliers – Without the help of an experienced Solution Architect and Project Manager to coordinate multiple suppliers and 3rd party partners, there can be delays in accessing the data, systems, polices or hardware needed to migrate your legacy tech.

That’s why it’s so important someone is designated the role of coordinator from the start, to oversee all the changes.

Contractual Agreements – Technology gets out of date or to the point where it isn’t fit for purpose really quickly these days, especially in very volatile or dynamic sectors that require a much higher degree of flexibility, but… Vendor Lock-in can be a real problem when it comes to trying to do something about legacy technology.

Risk Aversion – Some organisations are just a lot more averse to risk (or what they may wrongly see as a risk) than others.

It could be they still think the cloud is ‘too new/risky’ and decide to stay on-prem or it could be that all the above-mentioned factors mean they decide to ‘put up with’ the faults with their current legacy system rather than making the attempt to do anything about it, instead hoping the problem eventually goes away on it’s own (it won’t!).

How Do You Know When It’s Time To Migrate Your Legacy Tech?

As we’ve already mentioned, there’s so many different factors involved with migrating legacy technology that it can be almost impossible to know exactly when to push the button on a digital transformation.

Getting Your Legacy Systems Ready For Migration

Not only will this help with any future migrations, but it’ll help prevent the accumulation of legacy technology going forward.

You’ll find he main benefits of continuous improvement to your organisation will be:

However, just as there are many benefits to a continuous improvement approach for legacy estate reduction, there are things you’d need to look out for too, such as:

Extra time, budget and resources may need to be allocated if you’re adding new functionality to existing systems to allow for things that need updating/replacing regularly.

Document All Your Data Assets – Both Legacy & New – Having a complete (and more importantly accurate) record of all your organisations data assets is vital as the real value to your organisation isn’t the system itself, but the data stored within it.

As already mentioned, understanding that data and the format(s) it’s in is a big deciding factor in any successful legacy migration.

Your data asset register should include:

It should be someone within the organisation’s responsibility (preferably someone

senior) to check that asset register regularly and keep it up to date with any ongoing changes.

The nice thing about these checks, with continuous improvement in mind, is that they’re great in highlighting when technology is running the risk of becoming legacy and needs updating/replacing.

Understand Your Infrastructure – Documenting all your data assets and processes though, is only half the battle unfortunately.

It’s also really important someone at your organisation is intimately familiar with the practicalities of all your systems, processes, policies, infrastructure and what they’re all capable of.

If this step is skipped, then documenting your data assets may fail as there’s no back up if something’s missed. It’s important someone within your organisation (preferably multiple people) can do a manual sense check.

A System’s Architect is perfect for this role and will be more than used to deciphering the capabilities of older systems that have evolved over time.

Regular IT infrastructure reviews will also help here and in fact, if you’ve instituted a program of Continuous Improvement, then these reviews can form part of your ongoing review cycles.

When conducting these reviews, you may find it helpful to consider…

Above All, Be Flexible – As contrite as it may sound, having a responsive service model, capable of reacting instantly to changing situations in the market, as well as being able to adapt to new technologies, is vital.

As part of a legacy estate reduction initiative, it’s likely a lot, if not all your systems will be moved to the cloud, with various, different suppliers facilitating that.

As that transformation is happening is the perfect time to become more flexible as an organisation by considering and implementing:

And the hardest question to answer around that flexible model is if a point comes when your systems become legacy again is that you can answer whether the technology needs changing or your businesses process do.