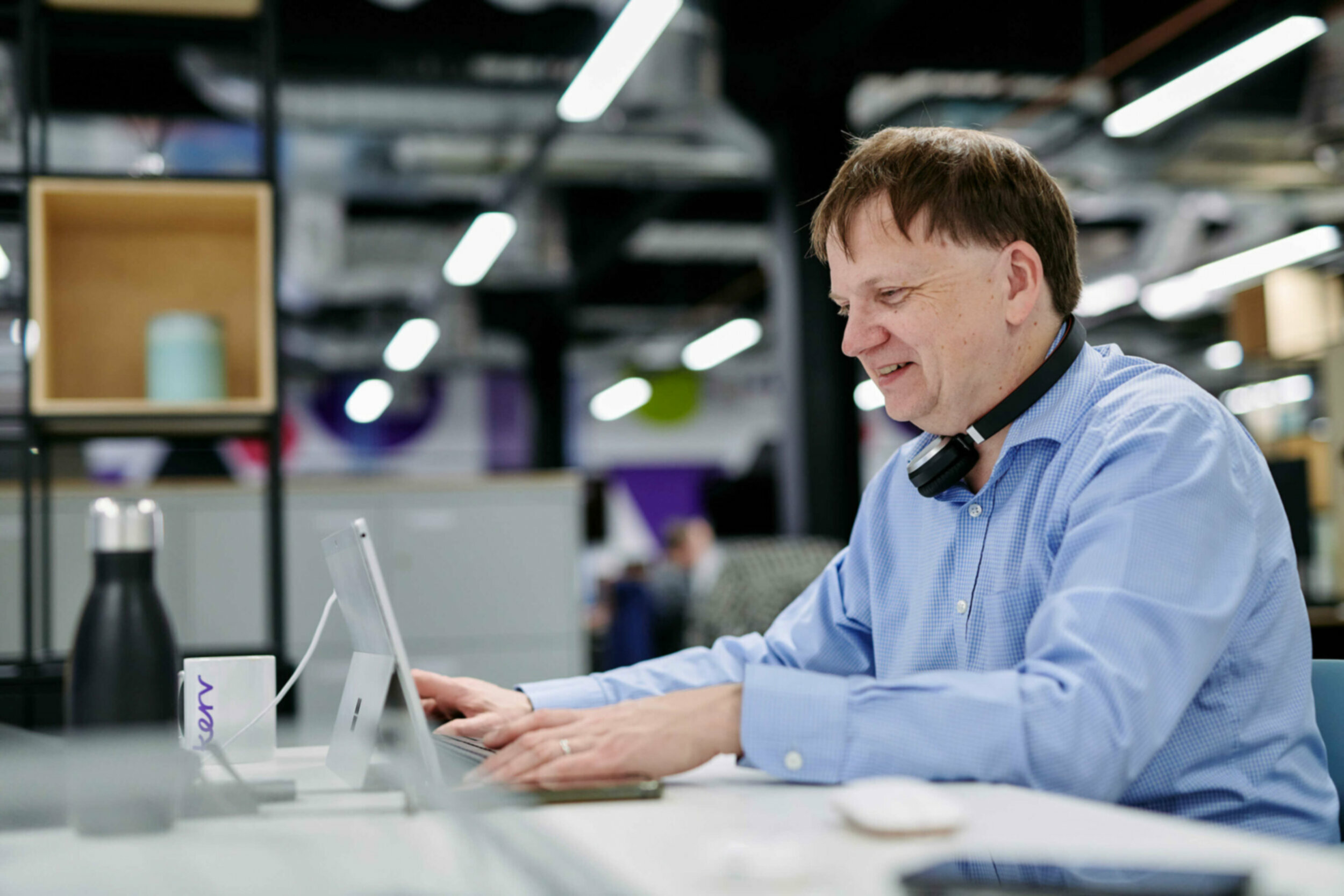 AI (Artificial Intelligence) isn’t the future. It’s not science fiction. It’s already here, doing everything from choosing what TV show you watch to saving your life…

AI’s reputation really hasn’t been helped by Hollywood. Far too many people now almost see it as the stuff of blockbuster movies, with rogue AI’s taking over the world.

The reality however is so very different.

Whilst AI may indeed be taking over the world, it’s only in the sense of how ubiquitous and how useful it’s become.

The problem(s) however is that a lot of SME’s (and even some enterprise level organisations), upon hearing the phrase AI will switch off, zone out and assume some futuristic, pie in the sky (expensive) solution is being pitched to them.

When the reality is, that couldn’t be further from the truth.

Artificial Intelligence is here. Now. Interacting with and changing peoples lives for the better on a daily basis.

What’s the first thing you do in the morning when waking up?

Do you check your phone?

If, like millions of others, you’ve enabled facial recognition as a security measure then AI is already there with you, first thing.

The biometric functionality on your phone relies on AI to work.

The phone ‘see’s you’ in 3D, placing over 30,000 invisible infrared dots on your face to capture an image. ML (machine learning) algorithms then take over to compare that image with those it has stored to help recognise if it’s you or not unlocking the phone.

It doesn’t end there though…

Those 3D images that are getting more and more popular on Facebook? Or those fun filters on Snapchat and Instagram that warp parts of your face or apply silly filters?

They all use the same AI/ML algorithms to work and couldn’t/wouldn’t exist with out them.

You’ve used AI to unlock your phone… so what comes next?

All of those platforms utilise Artificial Intelligence to customise what you see, with algorithms that ensure what appears on your feed is what you’ll be most likely to engage with.

Not only that however, AI will also be running in the background to make connection requests for you, rooting out fake news (and removing it from your feed) or even stopping cyber bulling.

Social Platforms still have a long way to go in those regards but steps are being taken and the AI will improve over time.

14. Netflix & Watch Something Else

Ever been binging a Netflix or Amazon show, only to run out of episodes? Almost immediately the streaming services will show you other shows, movies or series you might be interested in.

YouTube will do the same, showing you video after video after you finish watching the last.

All of these recommendations are provided by Artificial Intelligence, after analysing hundreds of programs/videos for similarities and patterns in watching behaviours from other users before being offered up as a new choice.

One of the earliest and biggest adopters of AI were search engine giants like Google or Bing.

It would be impossible for a search engine to scan the entire internet and then display the best results to a search query without a sophisticated level of AI.

12. Sending An Email/Writing A Document…

Even something as simple as writing doesn’t escape the touch of AI.

Ever been typing only to see your document covered in little red lines? Even that takes quite a sophisticated level of AI as the algorithm needs to know what you meant (not always an easy task) and then be able to suggest suitable alternatives.

It doesn’t end there though.

Many email providers will use spam filters (AI programs) capable of ‘reading’ the contents of an email and deciding if you’d be interested in or not.

When thinking about AI it’s natural to assume it will associated with something virtual like our previous examples but as we said in the title, it really is pervading all aspects of our lives… even down to the hoovering!

Roomba style vacuum cleaners are becoming increasingly common, using AI to scan the size of a room, identify obstacles and then determining the most efficient route to keeping it clean whilst memorising said route to implement a daily cleaning schedule.

If we’re discussing examples of AI all around us then we’d be remiss in skipping over the growing trend for smart homes.

From the thermostat that uses AI to adjust the heating based on who’s in the house and what they’re favourite temperature is to the fridge that will notify you when you’re getting low on milk… AI is becoming more and more common place in the home.

Whilst we’re talking about real world ‘physical’ objects it would be insane not to mention self-driving cars (also sometimes known as autonomous vehicles.

Whilst a lot has been written about this use of AI, they’re still very much in their infancy, using Machine Learning to recognise the spaces around a car so that, one day, the AI can replace a driver completely.

This type of technology requires the processing of enormous amounts of data to make real time (sometimes life and death) decisions.

Whilst not a reality just yet, the law is starting to catch up with autonomous vehicles and it wont be long before they become the norm.

8. Digital Voice Assistants On Your Mobile

Being able to talk to your mobile isn’t just about not being bothered to type something (although that s a big perk!).

From asking where the nearest restaurant is to checking out the weather for the weekend, digital voice assistants require a tremendous amount of AI to function.

The AI needs to be able to understand a persons voice (no matter the accent) translate that into a format that can be used to search the web or perform a function and then actually deliver said function.

A lot of tech goes into what probably seems like a very simple command.

Don’t panic if you’ve not come across Google Duplex before. As it sounds, it’s another Google AI service that’s currently being trialled exclusively in the US.

It’s an AI service that will take digital voice assistants that one step further. The voice assistant will be able to accurately mimic a human voice and call a restaurant on your behalf to book a table or a garage to book an MOT.

A great use of AI in the health sector is fall detection enabled devices. Certain items like Apple watches or phones can be given to patients at risk of falling that will notify a carer and/or the ambulance service if a fall is detected.

They can do this with an AI  program that uses the devices accelerometer and gyroscope to sense the fall, with the AI measuring how hard a all of.

AI in healthcare has and continues to revolutionise the sector.

AI is used in the detection of diseases in diagnostic programs as well as playing a huge role in making treatments and management processes simpler.

There’s far too much to talk about the adoption of AI in hospitals here but it’s effecting everything for the better, from research to diagnostics.

Fintech (as it’s known – financial technology) has been making waves in the financial sector for a while now… and AI is right at the forefront of that.

From recognising handwriting on cheques and paying-in slips right through to fraud detection on suspicious online activity… AI is there in the background improving everyone’s experiences without us ever knowing it.

One of the earliest adopters of AI has to be the computer games industry.

Examples of AI in computer games can be found from auto generated levels, populating themselves with an internal logic right through to AI powered non playable characters that can react based on what a player is doing in game. In fact many of these ‘enemies’ can ‘evolve’ based on how a player reacts, getting better or worse based on their level of play.

A Satnav style app that allows a car to follow a particular route may seem relatively simple compared to many of the afore mentioned examples but consider modern traffic apps that are capable of monitoring traffic reports in real time to come up with the fastest route that’s clear of heavy traffic.

Whilst it’s true the use of AI in the security and surveillance sectors is still being debated, it’s an undeniable fact that AI’s such as object recognition and facial recognition are commonly being used to prevent crime and capture criminals from the thousands to millions of videos being caught daily on CCTV… far too many for people to monitor… but not for an AI program trained to look out for certain things.

What all of these examples of in common is how unlikely the end user will have been to consider AI in connection with anyone.

And that’s the trick.

AI isn’t something to ‘have’ or something to ‘do’, it’s just another tool, feature or function to accomplish a solution and isn’t anything to be scared of.